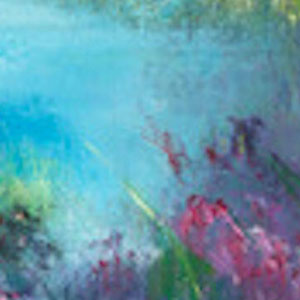 A sense of place dominates my work both consciously and unconsciously, in particular, the ancient landscape of Dartmoor, where I live, and the Devon and Cornish coastlines that I am drawn back to time and again.
Worked mainly in oil or mixed media, paintings are a direct response to these familiar locations which, although descriptive, are not documentary. More concerned with mark-making, colour and layers of texture, what lies underneath becomes as important as what can be seen on the surface, much like the landscape itself. Once begun, paintings often determine their own direction and their own conclusion, with final images remaining open to viewer interpretation.
Works are held in galleries and private collections throughout the UK and internationally.
An Elected Academician with the South West Academy of Fine and AppliedA rt and co-founder and resident artist at Edge West Studio in South Devon.

This site uses cookies. By continuing to browse the site, you are agreeing to our use of cookies.